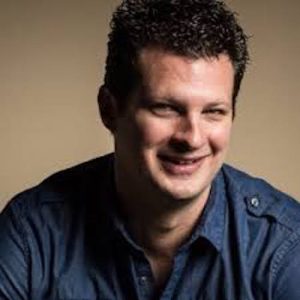 Tim Sinclair is founder and CEO of RingR. Before founding RingR, Tim had an established career in broadcast radio.

The idea for RingR grew out of Tim’s frustrations with trying to get high-quality recorded audio for interviews conducted electronically using the telephone or Skype. For such interviews, the host can produce a high-quality recording on one end, but if the guests do not have good recording equipment on their end, the audio quality for the guests’ recording is often low. If the host records the guests from the telephone, audio quality is generally low. If the host records the guests from Skype, internet artifacts such as warble and drop out often occur.

Tim conceived RingR as a way to get high-quality, recorded audio for all parties by recording each person’s audio locally on a smartphone, transmitting the data to a server, and syncing the audio files together. In the end, host and guest sound as good as the local recording. RingR has come out of beta, and I wanted to get the story from Tim of how he developed the product and stood the company up.

Welcome to the meta-episode of the SaaS Business Podcast with your host Ron Gaver. Do you want to … END_OF_DOCUMENT_TOKEN_TO_BE_REPLACED

Dane Maxwell discusses how to create SaaS products, why he created The Foundation, the importance of … END_OF_DOCUMENT_TOKEN_TO_BE_REPLACED

What makes a killer SaaS product? How do you get customers and keep them? Neil Patel, together … END_OF_DOCUMENT_TOKEN_TO_BE_REPLACED

Corstiaan Hesselink is the creator of the Reflect app, an extension for Evernote.  Reflects provides … END_OF_DOCUMENT_TOKEN_TO_BE_REPLACED

Emily Chase Smith was a practicing attorney before leaving the law for a literary calling. Now, she … END_OF_DOCUMENT_TOKEN_TO_BE_REPLACED