014: The Mind of a Disruptor with Jay Samit 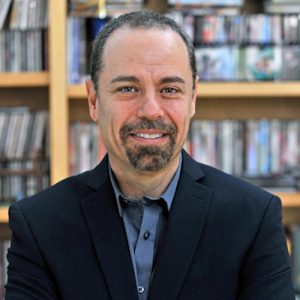 Jay Samit is a serial disruptor, a change agent, an innovator, an educator, and the author of the international best-seller Disrupt You!: Master Personal Transformation, Seize Opportunity, and Thrive in the Era of Endless Innovation. For over three decades, he has been at the forefront of global trends. He has pioneered breakthrough advancements in mobile video, Internet advertising, e-commerce, social networks, eBooks, and digital music used by billions of consumers every day.

Jay is a trend spotter. His predictions of the future tend to be accurate because he is constantly working with those creating it.

Click any timestamp to start listening at the noted location.

Welcome to the meta-episode of the SaaS Business Podcast with your host Ron Gaver. Do you want to … END_OF_DOCUMENT_TOKEN_TO_BE_REPLACED

Dane Maxwell discusses how to create SaaS products, why he created The Foundation, the importance of … END_OF_DOCUMENT_TOKEN_TO_BE_REPLACED

What makes a killer SaaS product? How do you get customers and keep them? Neil Patel, together … END_OF_DOCUMENT_TOKEN_TO_BE_REPLACED

Corstiaan Hesselink is the creator of the Reflect app, an extension for Evernote.  Reflects provides … END_OF_DOCUMENT_TOKEN_TO_BE_REPLACED

Emily Chase Smith was a practicing attorney before leaving the law for a literary calling. Now, she … END_OF_DOCUMENT_TOKEN_TO_BE_REPLACED