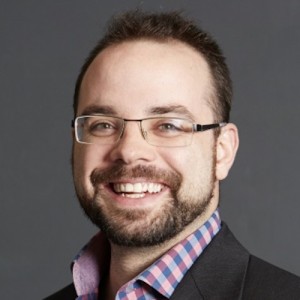 In 2009 Tom Tancredi and his twin brother, Dominic, founded Dom and Tom, a digital development shop. To date, they’ve launched over 250 projects across multiple platforms including Web, iOS, Android, Windows Phone, Google Glass, Oculus, iBeacon, and Android Wear. Their customers include GE, Hearst Publications, Tyson Foods, Esquire Magazine, Priceline, Bloomberg, Cliff’s Notes, and the Emmys. In 2015, they made the Inc. 5000 list of the fastest growing companies in America for the second year in a row. Before starting Dom and Tom, Tom worked as a film projectionist, gymnastics coach, preschool teacher, bartender, collections agent, client relations for a law firm, and an executive assistant, all within five years. He says that he was a horrible employee jumping from one job to the next in less than a year, but believes this experience ultimately made him a better boss.

Welcome to the meta-episode of the SaaS Business Podcast with your host Ron Gaver. Do you want to … END_OF_DOCUMENT_TOKEN_TO_BE_REPLACED

Dane Maxwell discusses how to create SaaS products, why he created The Foundation, the importance of … END_OF_DOCUMENT_TOKEN_TO_BE_REPLACED

What makes a killer SaaS product? How do you get customers and keep them? Neil Patel, together … END_OF_DOCUMENT_TOKEN_TO_BE_REPLACED

Corstiaan Hesselink is the creator of the Reflect app, an extension for Evernote.  Reflects provides … END_OF_DOCUMENT_TOKEN_TO_BE_REPLACED

Emily Chase Smith was a practicing attorney before leaving the law for a literary calling. Now, she … END_OF_DOCUMENT_TOKEN_TO_BE_REPLACED