007: “Dude, You Could Sell This Stuff” with Joey Kissimmee 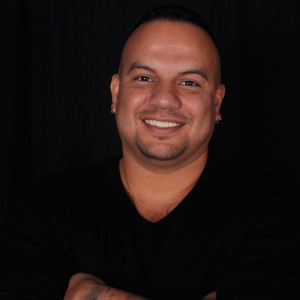 Joey Kissimmee says that he’s not techy, but he has created iPhone apps, SaaS products, WordPress themes, and is now working on WordPress plugins.

He says that he has always been a hard worker. His first job was washing dishes in a beat up old sandwich shop in Chicago when he was twelve. In 2000, he started working at Walmart and doing a little business online to make some extra money to have fun with his wife and kids. “At first,” he says, “it was just selling junk on eBay.”

But he found some mentors, he listened, he learned, and he implemented the things he learned. He created a few tools that he couldn’t find and then turned these tools into products. Somewhere around 2008 or 2009, he realized he was making some pretty good money from his online business and decided to take it seriously. By early 2010, he was able to retire from his job at Walmart to work his online business full-time.

*Disclosure: Some of the links on this page may be affiliate links. I may earn a commission if you purchase through these links. These commissions help to cover the cost of producing the podcast. I am affiliated only with companies I know and trust to deliver what you need. In most cases, affiliate links are to products and services I currently use or have used in the past. I would not recommend these resources if I did not sincerely believe that they would help you. I value you as a visitor/customer far more than any small commission I might earn from recommending a product or service. I recommend many more resources with which I am not affiliated than affiliated. In most cases where there is an affiliation, I will note it, but affiliations come and go and the notes may not keep up.

Welcome to the meta-episode of the SaaS Business Podcast with your host Ron Gaver. Do you want to … END_OF_DOCUMENT_TOKEN_TO_BE_REPLACED

Dane Maxwell discusses how to create SaaS products, why he created The Foundation, the importance of … END_OF_DOCUMENT_TOKEN_TO_BE_REPLACED

What makes a killer SaaS product? How do you get customers and keep them? Neil Patel, together … END_OF_DOCUMENT_TOKEN_TO_BE_REPLACED

Corstiaan Hesselink is the creator of the Reflect app, an extension for Evernote.  Reflects provides … END_OF_DOCUMENT_TOKEN_TO_BE_REPLACED

Emily Chase Smith was a practicing attorney before leaving the law for a literary calling. Now, she … END_OF_DOCUMENT_TOKEN_TO_BE_REPLACED