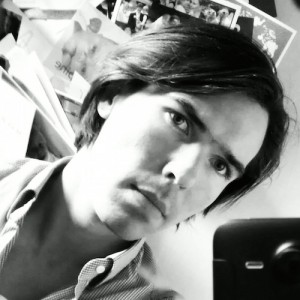 Corstiaan Hesselink is the creator of the Reflect app, an extension for Evernote.  Reflects provides a convenient way for you to reflect on (remember, review, and rethink) all that you have saved in Evernote. Reflect was born because Corstiaan, an avid Kindle reader, wanted a tool to help him review the tagged highlights he had saved in Evernote while reading Kindle books. Unable to find such a tool, he built one and then put it up on Beta List. When Reflect started to attract interest, he knew he was on to something. Corstiaan does a deep dive into the technology of the stack that is Reflect, talks about his plans to monetize Reflect, and discusses how a small app can become a big project.

See the Resources page for a consolidated list of resources from all episodes and more.

Welcome to the meta-episode of the SaaS Business Podcast with your host Ron Gaver. Do you want to … END_OF_DOCUMENT_TOKEN_TO_BE_REPLACED

Dane Maxwell discusses how to create SaaS products, why he created The Foundation, the importance of … END_OF_DOCUMENT_TOKEN_TO_BE_REPLACED

What makes a killer SaaS product? How do you get customers and keep them? Neil Patel, together … END_OF_DOCUMENT_TOKEN_TO_BE_REPLACED

Corstiaan Hesselink is the creator of the Reflect app, an extension for Evernote.  Reflects provides … END_OF_DOCUMENT_TOKEN_TO_BE_REPLACED

Emily Chase Smith was a practicing attorney before leaving the law for a literary calling. Now, she … END_OF_DOCUMENT_TOKEN_TO_BE_REPLACED