019: A Campaign Against Email Attachments with Dave Koslow

In this episode of the SaaS Business Podcast, Ron Gaver’s guest is Dave Koslow, co-founder of DocSend. Dave and Ron discuss how Dave and his co-founders discovered the problem that led to the creation of DocSend, a document sharing and monitoring tool. Dave details the various ways DocSend provides users with seamless, real-time feedback, listing… 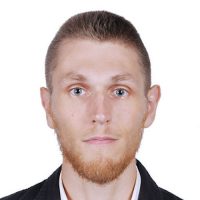 In this episode of the SaaS Business Podcast, Ron Gaver’s guest is Nick Raithel of Content Corps. Nick and Ron discuss the unique requirements startups have for content marketing. Nick points out some of the “dos” and “don’ts” of content marketing stressing the need to begin by building relationships with clients before trying to market their products or services. He describes road-mapping, a tool used by Content Corps to plot a client’s marketing course, delve into competitors’ tactics, and … END_OF_DOCUMENT_TOKEN_TO_BE_REPLACED 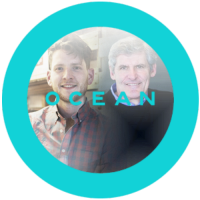 I interviewed Tim Sinclair in Episode 015. During the interview, Tim mentioned that he had gone through the inaugural class of the Ocean Accelerator. He also mentioned that Ocean is a faith-based tech accelerator. I had never even considered the intersection of faith-based organizations and tech accelerators and was immediately intrigued. I asked Tim if he could put me in touch with Ocean, which he did. Scott Weiss is the CEO of Ocean, and James Clair is the Marketing Manager. UPDATE: Ocean … END_OF_DOCUMENT_TOKEN_TO_BE_REPLACED 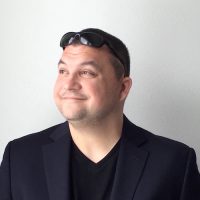 Lincoln Murphy’s focus is customer success. He’s currently the growth architect at Winning by Design, where he creates blueprints and playbooks for customer success managers and leaders. In the past, he founded Sixteen Ventures and led customer success at Gainsight. Using customer success to drive growth across the entire customer lifecycle, he has helped over four hundred SaaS and enterprise software companies accelerate growth and retain valuable customers. Contents On the website, click … END_OF_DOCUMENT_TOKEN_TO_BE_REPLACED 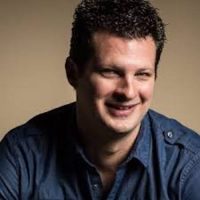 Tim Sinclair is founder and CEO of RingR. Before founding RingR, Tim had an established career in broadcast radio. The idea for RingR grew out of Tim's frustrations with trying to get high-quality recorded audio for interviews conducted electronically using the telephone or Skype. For such interviews, the host can produce a high-quality recording on one end, but if the guests do not have good recording equipment on their end, the audio quality for the guests' recording is often low. If the … END_OF_DOCUMENT_TOKEN_TO_BE_REPLACED 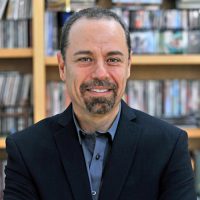 Jay Samit is a serial disruptor, a change agent, an innovator, an educator, and the author of the international best-seller Disrupt You!: Master Personal Transformation, Seize Opportunity, and Thrive in the Era of Endless Innovation. For over three decades, he has been at the forefront of global trends. He has pioneered breakthrough advancements in mobile video, Internet advertising, e-commerce, social networks, eBooks, and digital music used by billions of consumers every day. Combining … END_OF_DOCUMENT_TOKEN_TO_BE_REPLACED 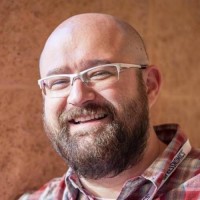 Blair Williams is a software engineer and entrepreneur. He is the owner and lead programmer for Caseproof. Caseproof has four products on the market: Pretty Link, MemberPress, Affiliate Royale, and Buy Now for Stripe. Pretty Link is a WordPress plugin to manage link redirection on WordPress websites, MemberPress is a product to manage membership sites, Affiliate Royale is a product to manage your affiliates, and Buy Now for Stripe is a product that allows integration with Stripe to sell … END_OF_DOCUMENT_TOKEN_TO_BE_REPLACED

In 2009 Tom Tancredi and his twin brother, Dominic, founded Dom and Tom, a digital development shop. To date, they’ve launched over 250 projects across multiple platforms including Web, iOS, Android, Windows Phone, Google Glass, Oculus, iBeacon, and Android Wear. Their customers include GE, Hearst Publications, Tyson Foods, Esquire Magazine, Priceline, Bloomberg, Cliff's Notes, and the Emmys. In 2015, they made the Inc. 5000 list of the fastest growing companies in America for the second year in … END_OF_DOCUMENT_TOKEN_TO_BE_REPLACED 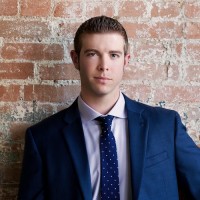 Dan Franks calls himself a lifetime serial entrepreneur (not necessarily out of the womb). He started building websites for clients while in middle school, he started two podcasts, and together with three partners, he launched Podcast Movement, the largest conference in the world specifically for podcasting, and from there they branched out into single-day regional events, and even a six-day cruise dedicated to podcasting. Dan is also a Certified Public Accountant (CPA), and I wanted the … END_OF_DOCUMENT_TOKEN_TO_BE_REPLACED 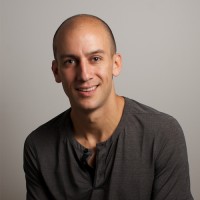 For years, Ari Meisel worked eighteen-hour days in the construction industry, but in 2006, he was diagnosed with Crohn's disease, an inflammatory disease of the digestive tract aggravated by stress and considered incurable. He was forced to find ways to get things done in less time because there were some days when he could only manage to work for an hour. He needed to simplify his life and somehow continue to be productive. Necessity drove Ari to optimize, automate, and outsource much of his … END_OF_DOCUMENT_TOKEN_TO_BE_REPLACED

Welcome to the meta-episode of the SaaS Business Podcast with your host Ron Gaver. Do you want to … END_OF_DOCUMENT_TOKEN_TO_BE_REPLACED

Dane Maxwell discusses how to create SaaS products, why he created The Foundation, the importance of … END_OF_DOCUMENT_TOKEN_TO_BE_REPLACED

What makes a killer SaaS product? How do you get customers and keep them? Neil Patel, together … END_OF_DOCUMENT_TOKEN_TO_BE_REPLACED

Corstiaan Hesselink is the creator of the Reflect app, an extension for Evernote.  Reflects provides … END_OF_DOCUMENT_TOKEN_TO_BE_REPLACED

Emily Chase Smith was a practicing attorney before leaving the law for a literary calling. Now, she … END_OF_DOCUMENT_TOKEN_TO_BE_REPLACED